What is an API?

An API (application programming interface) can be thought of as a bridge that initiates a conversation among the software components. It is a set of instructions that establishes a dialogue session between components of a software with another, like a user wishes to access a location via GPS, the necessary API will fetch the needful information from the server and generate a response to the user.

To state it very simply, an API is an interface that receives an input from the user and gets the response from a valid source. 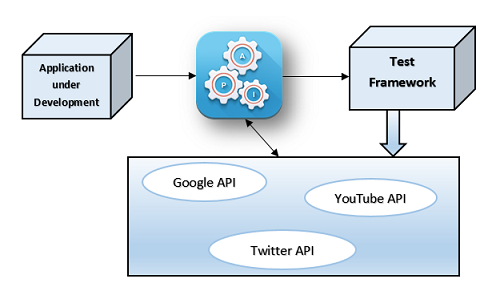 API testing is about verifying whether an API abides by the instruction set and delivers the expected functionality.

API testing is thus to ensure that it performs in the most optimal manner. API testing requires a software to make calls to an API just the same way as in a real world scenario.

When the API returns a response, either the result is a correct one or some output. It could one of the following:

Generally we conduct software testing to find bugs in an application, to offer an error free product to our clients. The performance of API is also important considering that it is responsible for processing user requests. An important dimension to API testing is security as well. If an API is vulnerable to security threats, the product as a whole may suffer and as a result we may lose out on our client base. If API fails to offer an edge, then irrespective of how easily an application is available, it won't gain acceptance among people.

Before gearing up for testing the API, it is essential to take into consideration few important points:

Now once we define clearly what are our requirements, we need to decide why do we want to test our API and what purpose shall it serve. We may wish to conduct few common types of testing like - Functional testing,usability testing , reliability testing, load testing, security testing,API documentation testing (acts as a user guide).

After discussing the do's and dont's of API testing and analysing the importance of the same, we can summarise the entire concept in brief.

Security, apart from the aforementioned points, is an inevitable factor in determining the effectiveness of API testing. Cyber-crime has been at its peak for quite some time, prevalent in the present day as well. Hence the significance of 'security' cannot be denied to pursue a strong and quality application.

To optimise and provide seamless performance of an application, a thorough testing of API is necessary. API testing brings to the fore the various dimensions to an application, and also reveals failures, if any.