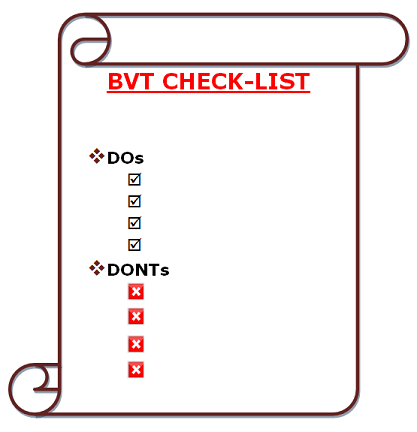 Build verification testing is aimed at verifying whether the application being developed is eligible for further testing or not.

Build verification testing is also known as build acceptance testing. The purpose of this testing process is to ensure that each new build of the software application meets the requisite criteria of delivering the core functionality that is expected from the application. It is very important to integrate new modules to see if the interactions among them are effective. There could be few instances where improper module integration may lead to failure. Thus it becomes an imperative factor to conduct an efficient build test to ensure that it generates the expected results.

Another term used for build verification testing is smoke test. The idea is to test each build of an application by implementing regression test cases to track bugs, if any.

Let us now have a look at the checklist that needs to be prepared in order to execute the process of build verification test effortlessly.

Build verification testing can be thought of as a set of regression test cases that are intended to be executed on each new build of a software application being developed every time before passing it over to the testing team in order to make sure that at least the builds are correct and does not produce any failures.