Coding is an integral part of software development and it is used for various reasons by developers as well as programmers. Because of this, there is a huge demand of programmers who are well versed in the existing and the latest computer languages like Python, Java, JavaScript, C#, C, C++ and more. Furthermore, there are vast amount of code based tests performed on software by the team of testers for code execution, code development, code inspection and unit testing in software development process. However, one can also find several software testing techniques that do not follow this process and are majorly focused on testing other aspects of software development. The best example of this type of testing, performed during the software development cycle, is Code Free Testing.

What is Code free testing?

Popularly known as Static Testing Technique, Code Free Testing is a testing technique performed without the execution of code. This type of testing checks the code, requirement documents and design documents and puts review comments on the work document. Moreover, when the software is non-operational and inactive, security testing is performed by the testers to analyse the software in non-runtime environment.

The Code Free Testing is divided into two important techniques that play a very crucial role in software development process. Both of these testing techniques have distinctive functions and are performed to ensure proper defect detection and the quality of the software. Mentioned following are the two types of Code Free Testing are: 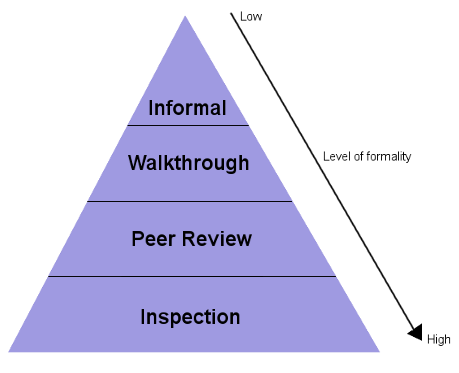 The software industry is full of countless static code analysis tools. Everyday someone of other comes up with a better and an easier version of this analysis tool for the comfort as well as the convenience of the developers. Hence, it is tremendously important to find static analysis tools that aim at providing state-of-the-art facilities and precise analysis results.

Following are some of the top static analysis tools used all around the world:

Code free testing or Static testing technique is one of the best technique for testing and analysing codes and software for defects and error without executing them. It provides the developer the opportunity to start testing in the early stages of software development and get timely feedback and awareness on quality issues. Hence, static testing makes sure that defects are identified at an early stage which assists the developer in reducing the rework and costs of development. Furthermore, by decreasing the cost and rework, static analysis guarantees increased development productivity.