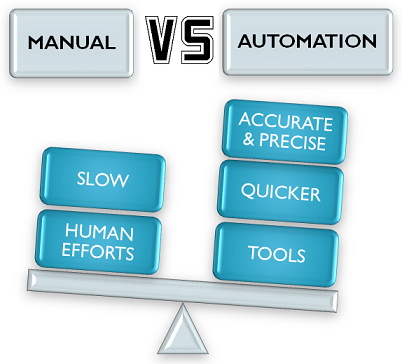 The featured image of the article itself had outlined the basic difference between two different approaches of testing the software product; manual testing and automation testing.

However, we will be going in detail to impart and conscience our users with some of the notable point of differences between manual and automation, but before that let's have a small brief of these testing approaches.

As the name suggests, manual testing is the testing a software product for bugs and errors without the usage of any automation tool and involves tester's efforts to identify and detect defects in the system.

Automation testing encompasses the usage of automated or customised test tools to run multiple test cases or a test suite to produce accurate & precise results, and to catch bugs in a short time.