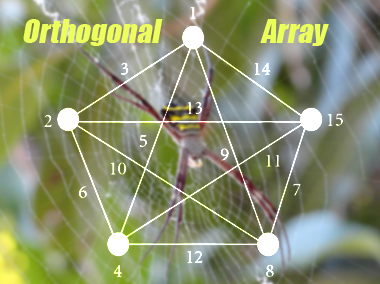 Testing is a complicated and yet necessary part of the software development life cycle. When a software is being developed, it is not easy to access how complicated its codes are going to be. The more complicated the codes, the more time and energy are spent in testing and removing bugs. This article will enlighten your minds regarding a testing technique known as Orthogonal Array Testing that allows for maximum test coverage.

What Is An Orthogonal Array?

First and foremost, we need to understand the meaning of an Orthogonal Array. Mathematically speaking, it is a table where the entries are derived from a definite and finite set of symbols. These are so arranged that the entries in each row, limited to each column will appear for exactly the same number of times. Any example of the same is given below:

What Is Orthogonal Array Testing?

Orthogonal Array Testing is a black-box testing method wherein, the test data is large and consists of a number of permutations and combinations. Also known as OATS, Orthogonal Array Testing is a statistical and systematic way of testing that makes provision for representative depiction of all data combinations. This testing technique is especially useful when the number of test cases is less while the data is large and still maximum coverage is wanted.

Where Can Orthogonal Arrays Be Used?

The usage of Orthogonal Arrays is not restricted to any one testing technique. These can be used anywhere in system testing, configuration testing, user interface testing, performance testing and regression testing.

The prime benefits of Orthogonal Array Testing are:

As yet, there is no testing technique that can guarantee cent percent coverage. Same is the case with Orthogonal Testing. If the tester fails to identify the appropriate pairs, then their representation too shall suffer.

Testing is always dependent on the test cases. In case of OATS or Orthagonal Testing technique, if the representation of the pairs is fitting, then it guarantees maximum coverage of the developed software. Finally, it can be concluded that OATS is not only time saving and efficient but cost effective as well. When budgets are tight and time is a restriction it offers a suitable solution to the time consuming testing problems.