What is Protocol Testing? 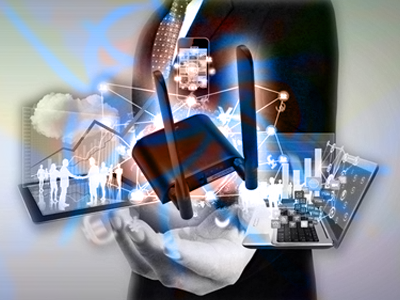 Oxford dictionary defines Protocols as “the accepted or established code of procedures or behaviour in any group, organisation, or situation,” which ought to be implemented or followed for the smooth functioning of a procedure. Likewise, in the software or communication industry, protocols are the rules that govern the interactions between the different components within a distributed computer system. These protocols are then tested to check their effectiveness and to ensure that they are working properly and providing accurate results/output. Following is a discussion on "Protocol Testing", to help you understand its procedure, process, types and more.

A generic term, Protocol testing is mainly used in the communication industry. It is based on the black box approach, which implies that a precise reference specification must be provided, which is the basis for the derivation of the cases and analysis of test results. In short, the nature of the protocol has a strong impact on protocol testing. Moreover, protocol testing can be easily defined by categorising it into two industries:

In both these industries, the main objective of protocol testing is to test the Enhance Interior Gateway Routing Protocols (EIGRP) and Open Shortest Path First (OSPF) or any other protocol to ensure its conformance with the stated standards.

Protocol testing is a significant part of a system’s development process as well as its networking. It ensures proper functioning and performance of a system, as well as validates that the implemented rules and regulations are in conformance with the law or certified standards. Hence, to simplify this, protocol testing is divided into two categories, which are:

The process of protocol testing is implemented/executed with the assistance of Simulator and Protocol Analyser, which are together used to test the scalability, functionality, performance, and other such features of the devices and their networks.

These two check the structure of the packets sent by the devices and validate the performance of the protocol algorithms and other important components of the devices, with the assistance of tools like Scapy, Wireshark and more.

With the assistance of the simulator and protocol analyser, the testing team in protocol testing checks the following aspects of the device of system. These checks allow them to validate the functionality of the device, network, or the system and help them implement proper decoding.

Protocol testing, which is mainly based on black-box approach, plays a significant role in the development of a system. This generic term is used by organisations working in the communication industry for testing various protocols in the domains of Wireless, Switching, Routing, and more. This type of testing ensures that the rules and constraints are being followed by two or more computer/systems, while communicating with each other. The main purpose of these rules and constraints is to define the data as well as the format during the process of data transfer through the network. Hence, with the assistance of protocol testing, one can ensure smooth communication between systems, as well as enjoy hassle-free networking.