What does State transition testing means?

It is all about, performing the black box testing activity on the software products, which may be visualized or disintegrated into a finite number of states. These states are linked up with one or more than one state, within the software, and transition from one state to another state is possible, on feeding inputs, whether valid or invalid, to the software product. These transitions are guided by the rules, to behave differently, on encountering with the different types of input.

Let us see the following basic diagram, to clear the concept of state transition. 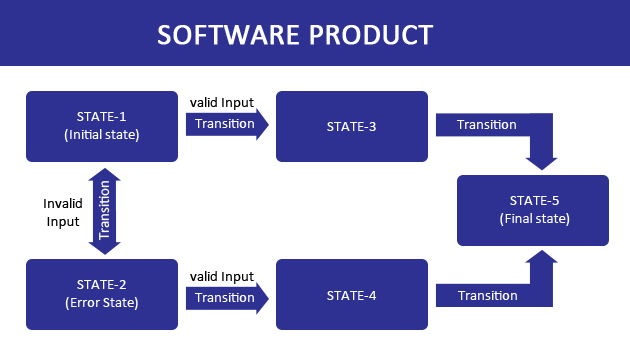 In the given the diagram, a software product has been perceived as the set of 5 states, as below

A basic transition model may comprise of four essential components

What should be the approach, while creating test cases?

Following points may be considered, while going for the test case preparation, for performing the state transition testing.