What is use case diagram?

Use case diagram may be seen as a simplest tool or method to capture the behaviour of the software product or system, when it is in running or operational mode. It is a type of UML diagram, which enables to capture, formulate and model the functional requirements of a system.

A use case diagram particularly, consists following element or objects or notation:

Actor is any entity, which gets interacts with the system and uses it. It may include a user or a group of users or organization or any external system or any internal application.

In a use case diagram, a use case is depicted by an oval shape which is used to define the action or the sequence of action, functionality performed or used by a user, over a system. 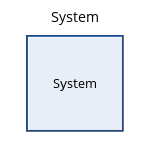 System is shown as a rectangular box in a use case diagram. It is used to define the scope and boundary for the use cases.

In the above given example, we have an ATM system, which consists of 6 different use cases. Here, we have two actors, one is the user and other one is the Bank server. The relationship or association between the actors and the use cases are being shown by a straight line, whereas a dash-dotted line depicts the extended/included relationship between them. 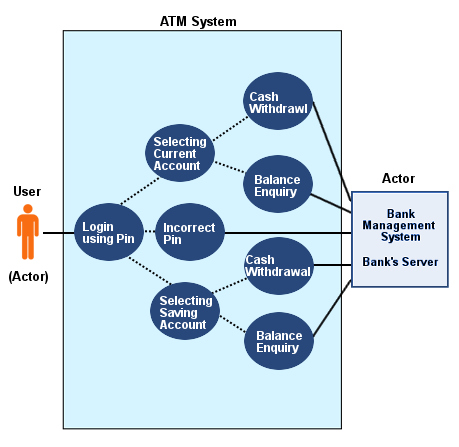 Below given are the some of the significant points that one must consider, while designing and creating a use case diagram.