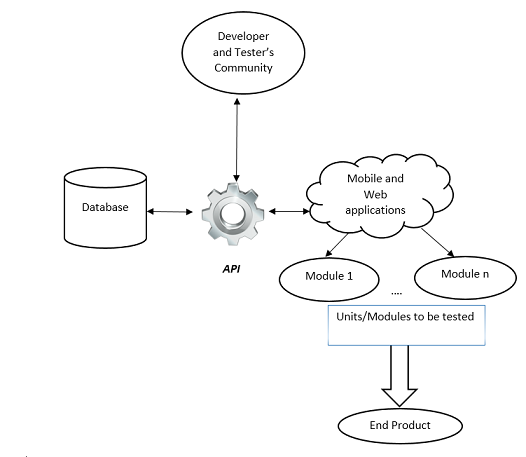 API stands for application programming interface. We can understand API as an intermediate which enables interaction between two software systems.

An API is a set of functions, procedures, routines and protocols. It can be in the form of direct software links that trigger some action on the event of a call to deliver certain functionality.More elaborately, an API can be defined as a set of commands that aims to test a system's functionality as a whole.

API Testing primarily aims to test the business logic layer of the system's architecture.API testing is primarily handled by the QA team, which requires them to run any API on top of a particular build meant to serve a specific purpose.

Thus the crux of the story is that an API can be termed as a set of subroutine calls, a library, protocols or a particular functional that helps to trigger other actions. An API can be used for an operating system, database system, hardware functions or some web application.

It is aimed at testing each single module as and when it is ready. Either use manual or automation testing to conduct unit testing.

An API can be thought of as a library that is often included into a code to reflect a certain type of behaviour. For example, we can use a Java API in Scala as they share compatible bytecodes. When one is involved in API testing, the motive is to figure out whether we are getting a logically correct result.

A unit test on the contrary is a way to ensure that a specific functionality is contributing to the overall system functionality.