A software product could be tested in multiple ways which may involve execution of software application code or just testing system externally with the evaluation of system's functionalities and attributes. In this article, we are going to spot the exact differences between above stated two different ways of testing i.e. white box testing and black box testing.

It is the technique to test the internal structure code of a software product with the help of logic derived from the test data. 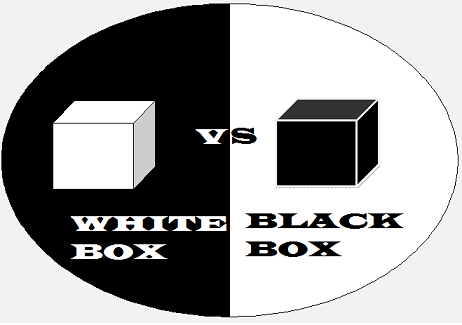 This is the form of software testing which is performed by a tester without any knowledge of the source code of the software.