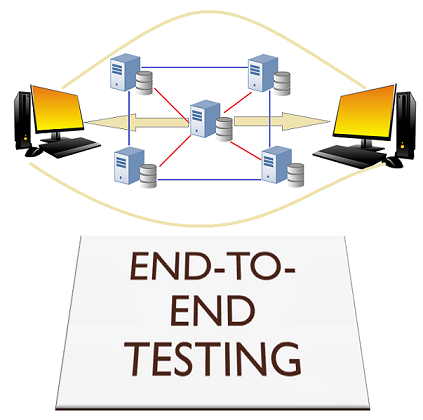 What is meant by the End to End Testing?

End to End testing technique is carried out on the whole system in order to ensure the streamlined and correct work-flow of the software product from beginning to end w.r.t. specified business requirements. This testing is done to evaluate the desired work flow and expected functioning of the software product at all levels or layers, right from the beginning to till its end against the given requirements.

Moreover, it is used to assess the inter-dependencies feature of the software or system along with the veracity of the data and information that are being passed between the various components of the system at each different layer.

Further, this type of testing ensures the system's integration and communication with the external interfaces like other systems, applications, hardware, database etc. in the real-environment.

Why End-to-End Testing of the system is needed?

In the present era almost all software application or system needs to be connected with the external entities or sub-systems in order to perform efficiently. These links up with the external entities such as external systems or applications, server, database, hardware, etc. set up within or outside the boundaries of the organization has developed a complicated situation where a single failure of any entity may produce detrimental results and may even lead to the break-down of the software application or system.

Thus, End-to-end testing provides the best possible solution to prevent the system from such type of risks.

The technique of performing end-to-end testing of a software application or a system may be carried out using two different approaches:

Encompasses all different and multiple applications and modules associated within and outside the targeted system.

This form targets one particular application or module of the system at a time to evaluate & assess various processes and features associated with that application.

How to perform End-to-End Testing?

Generally, this type of testing consists of following activities 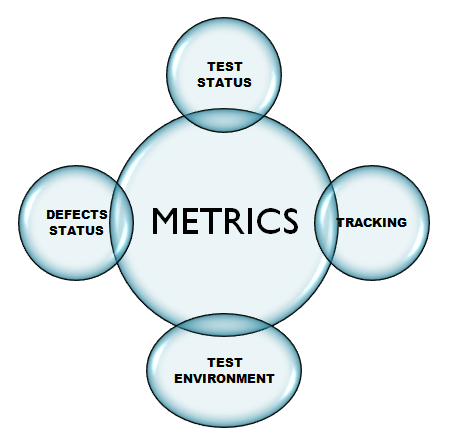 It is used to determine the actual position of the test cases that are under preparation in comparison to planned with the help of charts, graphs, etc.

2. Weekly tracking the progress of Test:

It ensures the monitoring of the percentage of test completed against what is planned in terms of passed, failed, valid, invalid test cases, etc., on a weekly-basis.

This involves the report generation of the status of open and closed defects based on their severity on a daily basis.

4. Availability of the Test Environment:


In light of the above, it may be inferred that the end-to-end testing is an important testing methodology to ensure the avoidance of breakdown or failure of the system owing to defects or issues in one or more associated applications or interfaces.