If you are in testing profession or have the basic knowledge & understanding of software testing, then you must be cognizable of the terms; alpha testing and beta testing, which collectively defines the acceptance testing of a software product, at on-site and off-site location respectively before its release. However, besides these testing techniques, we have one more testing, namely gamma testing with the same objectives. Let's explore it.

What is Gamma Testing?

Gamma Testing may be considered as the third level of testing, which is often performed over a software product. It is used to evaluate the working of the completely ready software product with all the specified requirements for its market release. 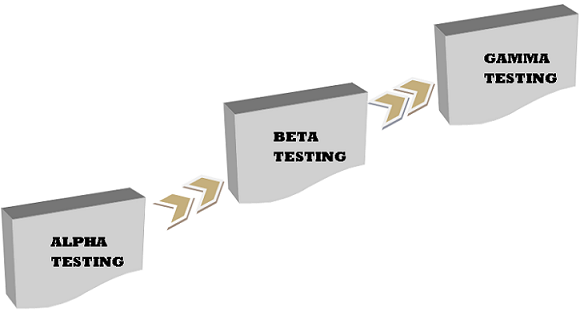 The main intent to carry out gamma testing is to be on the safe side with respect to the software product quality just before its market release. Moreover, it does not provide any scope to bring changes in the software product unless the identified risk or bug is of high severity that may adversely affect the quality. However, in certain extreme cases and circumstances, tightly scoped & controlled bug fixes codes may be introduced in the software product.

How to perform gamma testing?

Generally, this type of testing is done directly and does not involve all sorts of in-house testing activities. It is carried out by the software development organization. The organization usually monitors and records the responses and feedbacks of the software product, by putting it in the open market, in the hands of few people but with the limited demonstration. 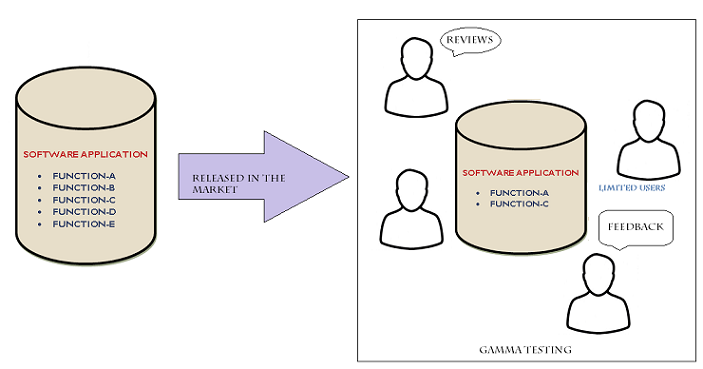 This helps organization to evaluate the software product based on market reaction and response in real-environment & real world scenarios.

When Gamma Testing is carried out?

As stated in the introductory paragraph, this testing, may be visualized as the third level of testing. It is, generally carried out when the software product-fulfilling all the specified requirements, is ready and about to release in the market.

Moreover, this testing is performed after the execution of the first two levels of testing i.e. alpha testing & beta testing.

Gamma testing is an effective testing which not only helps gaining confidence in the releasing of the product but also ensure release of flawless software product in the market with no severe issues or defect.