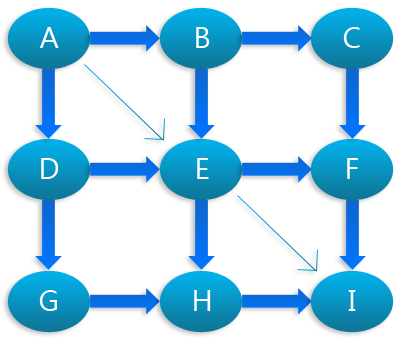 A vital part of software engineering, testing ensures that no errors or issues exist in the software product that could compromise its safety, security, and even the financial investment of the client or the user. Path Testing, which is executed by the team during software testing life cycle (STLC), helps evaluate and verify various structural aspects of the product that enables the team to guarantee the effectiveness and the quality of the product.

Therefore, to further elaborate on the importance of this testing technique, here is a detailed discussion on path testing and its various components.

Significance of Path in SDLC:

In the field of software development, the term 'Path' describes the flow of the process in a particular direction. It basically defines the route(s) of the process that starts from a particular node and ends at the destination node. A path through a program is the sequence, which begins at one junction and terminates at another.

This concept of path can better be understood with the assistance of a diagram. Suppose, a process initiates at node A and it will be terminated at node I. The path that may be taken by the process to reach its destination are:

Further, the intermediate routes such as B to F, D to H, to H, A to E, etc. are also comes under the terminology of 'path'.

What is Path Testing in Software Testing?

Path testing refers to the checking of the paths through various processes, which are involved in the functioning of the software product or application and will later be executed. Basically, it is a type of structural testing that works on the source code.

Path testing follows a process of control flow or workflow, rather than executing the process of testing on the basis of specifications. The main intent behind this type of testing is to ensure that every possible path has been covered and executed at least once, through the software program.

Path testing follows a process of control flow or workflow, rather than executing the process of testing on the basis of specifications. The main intent behind this type of testing is to ensure that every possible path has been covered and executed at least once, through the software program.

An important software testing technique, path testing helps identify issues in a piece of code that can impact the functionality and performance of the product. Therefore, to get an insight into this testing, mentioned below are some of its features:

Assumptions Made Before Path Testing:

Before moving on to the process of path testing, it is vital for us to consider the various assumptions made before executing it. These assumptions are:

After considering the given assumptions, the testing is carried out further through following approaches.

Path testing is further categorized into three important techniques, each of which caters to a different aspect of the product and ensure its accuracy. From the testing workflow to its execution, these techniques play a critical role in the whole process and are hence defined in detail below:

Generally it involves the activity of representing the workflow of the process or program in the form of control chart or graph, which consists of nodes, links, edges, regions, etc. During this process, the flow graph or chart is constructed by the team by replacing the program control statements with equivalent diagrams.

This strategy involves selection of one, between the two decisions, for the purpose of path's execution. It is carried out with the help of the control flow chart and includes node, which inherits one of the following traits.

It is a widely used testing method that guarantees the complete branch coverage in the control flow graph.

Similar to the miscellaneous software testing techniques, path testing also offers various advantages to the team of testers. Defining the flow of control from the starting point of the testing to its end, this testing is among the oldest types of structural testing, that offers the following advantages:

Thought the list of benefits offered by path testing is non-exhaustive, it is crucial for us to mention the few disadvantages/drawbacks offered by this testing to help you get a thorough insight into its process and features. These disadvantages are:

There are several testing techniques like data flow and equivalence class testing that are performed by the team during STLC. However, path testing is implemented by them to identify various issues in the code, which can become a hindrance in testing. This testing, which is extensively effective during unit testing, helps improve the process of testing as well as the quality and functionality of the product.