What is V Model?

A contemporary of traditional software development model is ‘V-Model’. ‘V’ stands for verification and validation and is an extension of the Waterfall model. 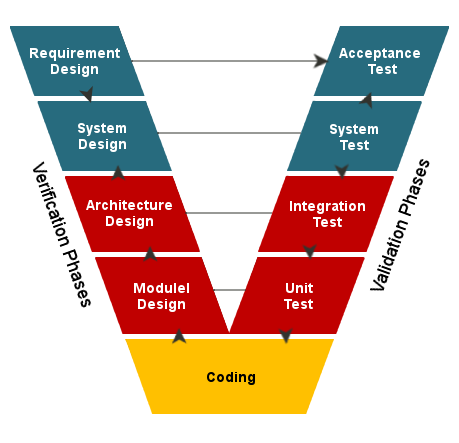 In spite of the various types of merits V model has to offer, enabling testers and developers to have a more refined approach towards improving things thereby paving a path for an efficient process for software development, it has few drawbacks that may often cause a hindrance. Following are few highlights of the same.