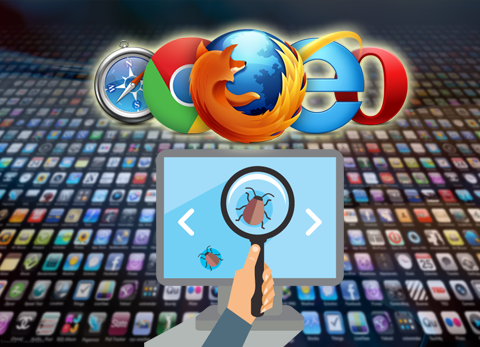 Parallel testing is an important software testing technique, which involves testing of multiple applications or the subcomponents of an application concurrently, to reduce the time & efforts of testing. Parallel testing helps verify the compatibility of the newly developed system with the old system.

During this type of testing, tester runs two different versions of software concurrently with same input. Their aim is to find out whether the legacy system and the new system are behaving similarly or in a different manner. By doing so, software testers ensure that the new system is capable enough to run the software efficiently.

Parallel tests consist of two or more parts –projects or project suites -that check different components or functional characteristics of an application. These parts are executed on individual computers simultaneously and they make sure that they are functioning properly and are providing accurate results.

Other features that can help us understand parallel testing better are:

With the assistance of parallel testing, software engineers can easily conduct testing on the whole system or part of the system and ensure their functionality, quality and other special qualities that make it appropriate for users. Moreover, parallel testing helps large organisations in conducting large scale testing, which further helps their business and improves their statistics. Other reasons for performing parallel testing are:

The process of parallel testing can be performed accurately by the testing team if they adopt a set of steps that ensure its accuracy and that guarantee expected results. These steps for parallel testing are:

Apart from testing multiple applications or subcomponents of one application concurrently to reduce the test time, parallel testing provides its users several other advantages, which make it an effective as well as profitable type of software testing. Parallel testing is a ticket to faster testing and a quicker turn around in developments. It is a type of testing that allows testers to get more testing done in a tighter window of time. Hence, the other benefits of parallel testing are mentioned below:

Even though the advantages of Parallel Testing are immense, yet there are some challenges encountered by the testing team while executing this process of testing. These not only interfere with the completion of software testing, but simultaneously make the process of testing costly and time consuming. Hence, mentioned below are some of these challenges:

Parallel Testing is gaining great significance among software engineers as it conducts tests on two or more systems simultaneously. Defined by testers as a semi-automated approach of application testing, parallel testing tests applications against several environment configurations concurrently. It caters to various requirements of the client and tests the application at a reasonable price. Hence, parallel testing is the best option for organizations that want to get accurate results and ensure the effectiveness & performance of their product.